The central bank should use legal tools to guide inter bank interest rates and open market, referring to the need to provide regular reports to the public on the process of open market operations; the president said
News ID : 118883 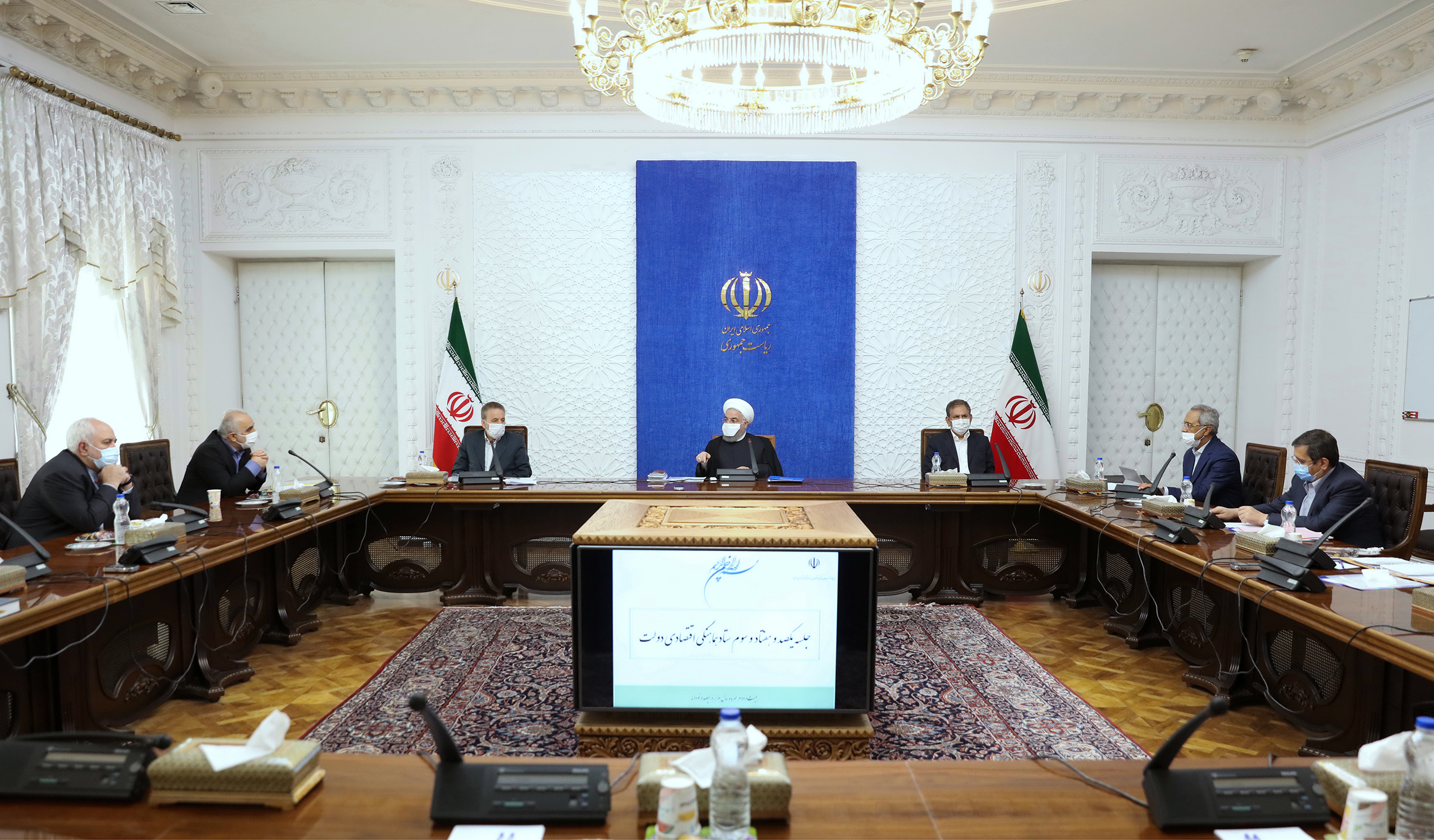 IBENA - quoting the government's information base, the president considered the support of family livelihood as one of the biggest concerns of the government and said: "The government's programs in the field of people's livelihood and family economy are to create stability and reasonable balance in commodity prices." With the tightening of controls, we seek to deal with price fluctuations, which are often created by a false psychological atmosphere by some profiteers.


Emphasizing the need to maintain political calm and for cohesion in the country, Dr. Rouhani said: "Among the issues on which the enemies of this country have invested specially along with the intense and difficult economic war as reinforce of sanctions is internal conflicts and disputes.


Pointing to the need to be vigilant against the conspiracies of the enemies, the President stated: “I call on all officials, activists, sympathizers of the system and the country to prevent conflicts and disputes while maintaining political calm and rationality, and not to allow a few people with group motives Factions, cross-sectional and ephemeral political to pave the way for the realization of the evil desires of the ill-wishers of this land.”


Dr. Rouhani further stated that the government considers the private sector as the driving force of the country's economy, stating: "Comprehensive supports for increasing the role of the private sector in the economy and handing over production and export fields, especially knowledge-based companies, will play an important role in government economic policies."


Noting that monetary policy has been accompanied by instability in recent decades, the President said: "The central bank's action is a timely and important measure to manage interest rates based on market mechanisms and is not based on dictatorial methods that disrupt market stability."


Dr. Rouhani pointed out: The Central Bank should use legal tools to guide inter bank interest rates and open market. Open market operations are a useful move to streamline government bonds and liquidity, and an important measure to encourage public participation and market dynamism.


Emphasizing that this strategy should be continued with greater vigor, the President said: "The Central Bank should contain and adjust the damage to the economy through monetary and credit facilitation, in cooperation with the Ministry of Economy and Finance." In this regard, regular reports on the process of open market operations and its achievements should be made public.


Dr. Rouhani called the performance of the government in fulfilling the obligations of Islamic financial instruments so far reliable and added: The private sector has always been present in the capital market in the supply of new Islamic financial securities during the last decade and if we want the permanent presence of the private sector and the government, building new tools to finance them.


The President stated that in market, by issuance of Islamic securities, there is still a lot of potential for use, he said: these opportunities opens a new chapter of market-based financing.


Dr. Rouhani stated: The government in order to streamline, implement the general policies of Article 44 of the Constitution and support the capital market, especially directing liquidity to productive employment, people –based economy and transparency of economic activities, offering shares of state-owned companies in the capital market Seriously on the agenda, which will undoubtedly continue until the end of the twelfth government.