The economic deputy of Central Bank of Iran said: with resilience and resistance of people and efforts of the officials, today maximum sanctions, acknowledged by enemies, have failed.
News ID : 121538 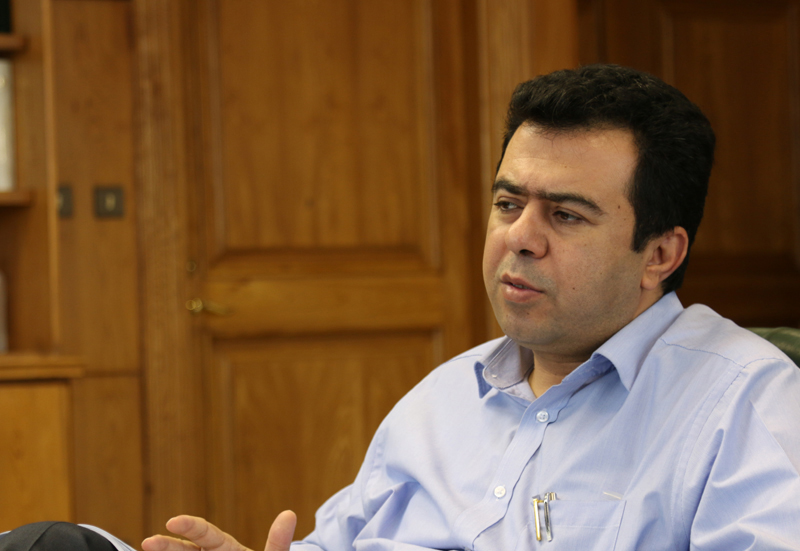 IBENA- Peyman Ghorbani in an interview with the reporter, in response to the question: what is probability of hyperinflation in Iranian economy? This question or Venezuelan Being as a key word was raised by a small number of people at beginning of the year, which was mostly aimed creating concerns in people about future of economy, while our economy has nothing in common with Venezuelan debate, he said.

Our economy is an economy with a different degree of diversity, size, composition and also structure of liquidity growth; Of course, chronic and double-digit inflation has been one of problems of our economy in past decades, but in no way our economy has been affected by those conditions, he added.

Despite discussion of maximum US sanctions, Alhamdulillah, with resilience and resistance of people and efforts of the officials and even acknowledged by enemies, today these maximum sanctions have failed, he emphasized.

The approach taken by central bank during Dr. Hemmati's presidency has been that we do not make improvement of bank's policy and operational framework conditional on full provision of prerequisites, the official said.

Everyone knows that discussion of open market operations (OMOs) was created for the first time in the country. Discussion of inflation targeting is an approach that central bank has started, discussion of bank balance sheet management and its growth rate, etc. shows that in Central Bank, we have taken steps to improve and enhance policy frameworks, the economic deputy of central bank continued.

Some of necessary prerequisites and substrates are provided and rest would be provided, if we want to always wait for everything to be provided and then do something, it will cause forward movement to stop, he said.