Minister of Economy pointed to the effective talks on reaching banking agreements between Iran and the Republic of Azerbaijan, adding Astara railway to Azerbaijan will be opened soon.
News ID : 83505 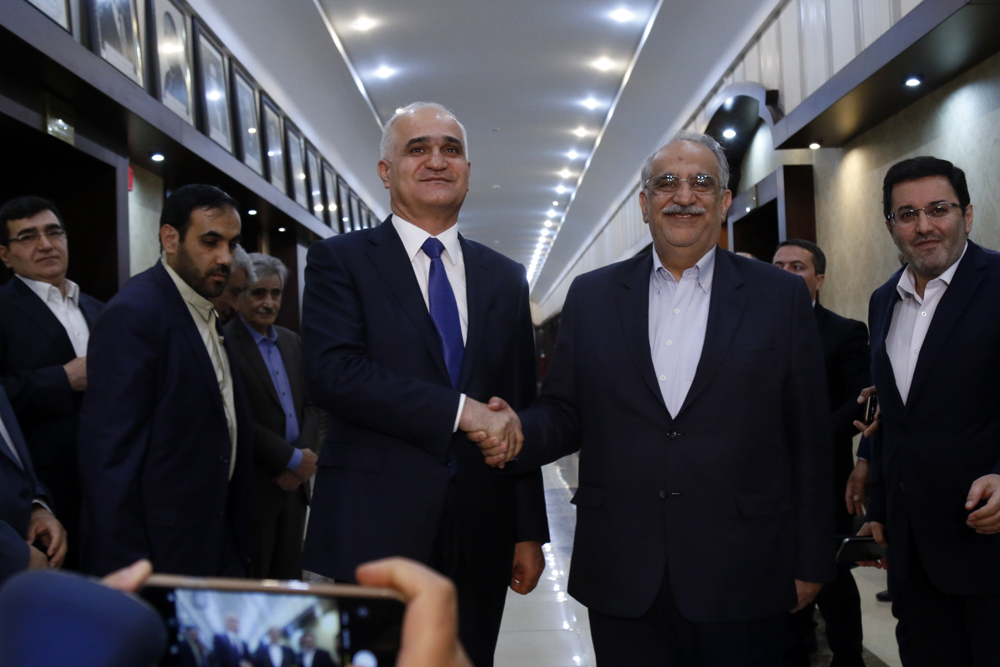 In the sidelines of the 12th Conference of Iran-Azerbaijan's Economic Cooperation Joint Commission, Masoud Karbasian said good negotiations have been done so far between two countries to achieve joint agreements, stating appropriate steps have been taken to construct Astars railway corridor to Azerbaijan, citing at the present some wagons are moving on this line daily.

Iranian Minister of Economic Affairs and Finance mentioned that Iran can access the North Caucasus region and the Central Asia through this significant railway, adding some parts of the line which connect the Persian Gulf to the Republic of Azerbaijan and Russia should be completed in Rasht and Astara.

"In terms of its importance, the region countries have shown their enthusiasm to cooperate with Iran, because it reduces the time of cargo delivery from the Persian Gulf to the northern adjacent countries", Karbasian said.

Answering to the question of Ibena's reporter regarding the state of banking negotiations between Iran and the Republic of Azerbaijan, Karbasian said good negotiations have been done in this area, expressing his hope that in the near future two countries' banking agreements will be implemented.

He went on to refer to preferential tariff with transnational approach and joint investment, mentioning some agreements have been achieved concerning reciprocal cooperation in energy, transterritory cultivation, health, pharmaceutical and agricultural fields.

Iranian Minister of Economic Affairs and Finance expressed his hope that the formal inauguration of Astara railway to Azerbaijan will be done during President's trip to the Republic of Azerbaijan in upcoming Farvardin.