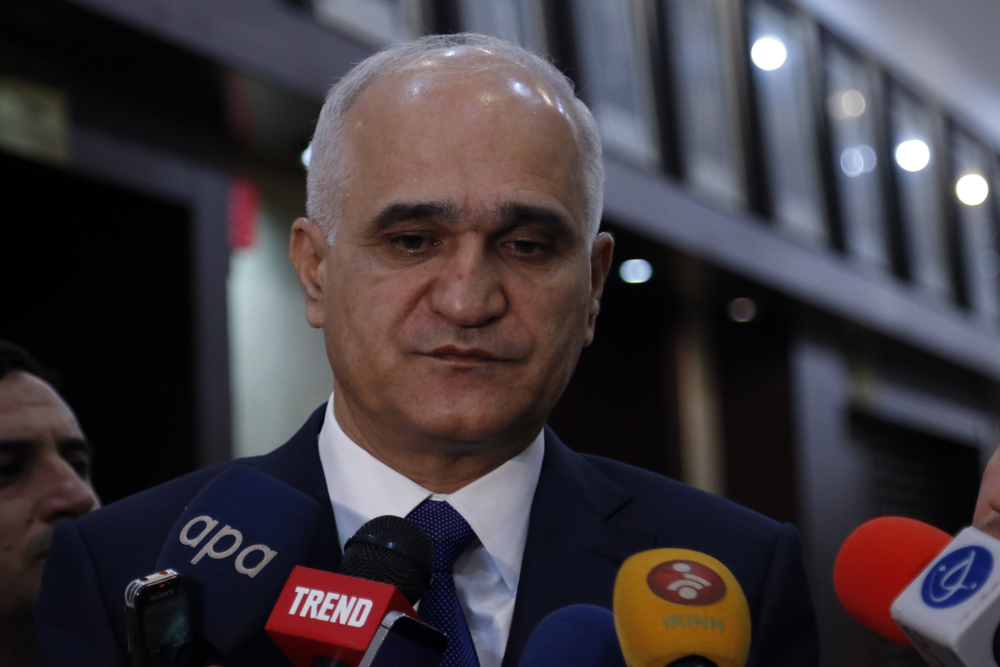 In the sidelines of the 12th Conference of Iran-Azerbaijan's Economic Cooperation Joint Commission, Shahin Mustafa Ef stated some projects are under construction by two countries jointly.

He said I believe that Iranian President's trip to Azerbaijan in upcoming Farvardin month will be great travel and it will bring significant achievements for two countries in economic area.

The official pointed to the joint investment which have been done by Iran and Azerbaijan in auto making and pharmaceutical sectors, expressing there is good cooperation in oil and gas areas between two countries.

At the meeting, Azerbaijani Economic Minister referred to the implementation of joint project of North to South Corridor, adding the corridor connects the Persian Gulf to the Black Sea, citing the Republic of Azerbaijan is prepared to finance for completing the railway from Rashat to Astara.

Shahin Mustafa Ef pointed to the role of Iran and Azerbaijan for stabilizing security in the region, reminding the exchange of energy among Iran, Azerbaijan and Russia, adding reciprocal cooperation between Iran and Azerbaijan in water, environment and generating electricity areas will be done.