A South Korean oil buyer is set to receive about 2 million barrels of Iranian condensate in January, a source familiar with the matter said on Monday.
News ID : 95893 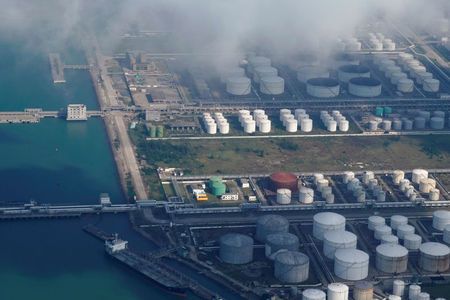 The cargo marks the first Iranian oil import by South Korea in four months after the world’s fifth-largest oil buyer halted imports before the U.S. reimposed sanctions on Iran in November, Reuters reported.

The first cargo of about 960,000 barrels of condensate, a type of light crude oil typically produced in association with natural gas, is expected to arrive this week at the port of Incheon, said the source, who declined to be named due to sensitivity of the matter.

The Silvia 1, a vessel carrying 955,000 barrels of Iranian oil, is set to arrive in South Korea on Jan. 15, trade flow data from Refinitv Eikon showed. A second cargo of 990,000 barrels will arrive later this month, the source said.

In November, South Korea won a temporary waiver from the United States to purchase a limited amount of Iranian oil. The U.S. reimposed sanctions on Iran’s oil sector in November.

South Korea can buy up to 200,000 barrels per day (bpd) of Iranian oil under the sanctions waiver, mainly condensate, according to industry sources.