Germany is set to help its businesses minimize the impact of the US decision to withdraw from the nuclear deal, while France has sought exemptions for companies operating in Iran, according to the countries’ economy ministers.
News ID : 85756 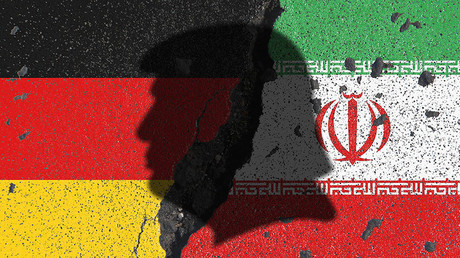 “We are ready to talk to all the companies concerned about what we can do to minimize the negative consequences,” Economy Minister Peter Altmaier said in an interview with Deutschlandfunk radio. “That means it is concretely about damage limitation.”

Berlin doesn’t reportedly have any immediate reason to make changes in its export credit guarantee scheme for Iran. Altmaier has called to discuss the ways to avoid negative impact on German labor market after US withdrawal.

“At the moment, there is no reason to change the valued Hermes scheme,” the minister said. “We are just starting a conversation about what the economic implications are, and how we can avoid negative consequences for jobs in Germany.”

Altmaier stressed that the German government had no legal means of protecting its corporations that do business in Iran. “What we are doing, however, is to assist and advise these companies active in Iran, which want to be active in Iran and to advise them, including legally,” he said.

The minister compared the current situation with the trade conflict triggered by the announced tariffs for steel and aluminum. “We must avoid entering into a spiral of escalation,” added Altmaier.

At the same time, French Economy Minister Bruno Le Maire called Donald Trump’s Iran decision “an error” not only for international security, but from an economic point of view. The minister said that he had discussed with the US Treasury Secretary Steven Mnuchin potential exemptions and temporary respite for French corporations working in the Islamic Republic.